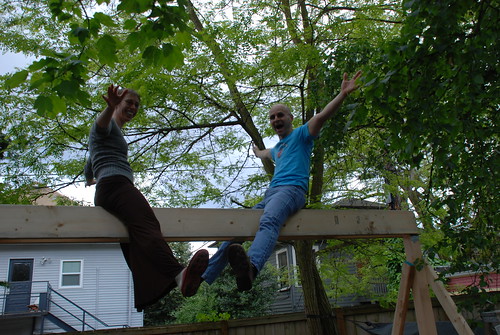 The latest news for Drizzle!

We completed the Cherry roadmap about a month ago. Right before the MySQL User's Conference. Cherry was out last big release before we were to begin work on finalizing the Beta (aka Dexter).

What is in Dexter?

The Dexter release is all about stabilizing Drizzle so that we can get a Beta shipped out at the end of the summer. Stewart has been working on switching our core Innodb to use the downstream version of the Inndb Embedded Engine (aka HailDB. You can read more about HailDB here. With much of the recent speculation and rumors around the demise of the Innodb Emebdded Engine, HailDB gives the open source community a stable future going forward, and it opens up development to the project in a more organic method. More public testing, and additional developers will lead to a better codebase for development to happen.

We recently added another full-time person, Patrick Crews to our midst who is hard at work doing QA for us. Patrick is extending Randgen for drizzle, a testing suite built to hammer databases for stability. He is also working on extending our testing for our replication system, and in general making sure we are doing our utmost to test Drizzle.

The new, entirely ANSI, information schema will be included alongside our federated data dictionary which includes new table functions that allow you to see more of the internal state of Innodb and the Drizzle microkernel. A number of performance enhancements are being done, and the fail safe ALTER TABLE code is going in. You will never have to worry again that a crash during an ALTER TABLE will either end up with corrupted tables or lost table spaces. Rollback on DDL becomes a natural operation for Drizzle when using Innodb.

Recently PBXT was added to Drizzle, and Paul has been working on optimizing PBXT for the Drizzle architecture. Primebase, the company behind PBXT, also recently contributed the new events observer code to Drizzle. This allows us to place triggers on DDL, DML, and other operations.

We have eight Google Summer of Code students working on different projects for the summer. New unit testing, boost command line and file configuration, and engines to access cloud services are just a few of the projects being done by students this year.

All of this is being packaged up for the latest distributions so new debian/ubuntu and RPM packages are on their way.

Next week there are two talks at Open Source Bridges on Drizzle. One I am giving, plus another being given by Padraig O'sullivan on Developing Replication Plugins for Drizzle. Later in the summer we have another talk at O'Reilly's Open Source Conference.
Collapse